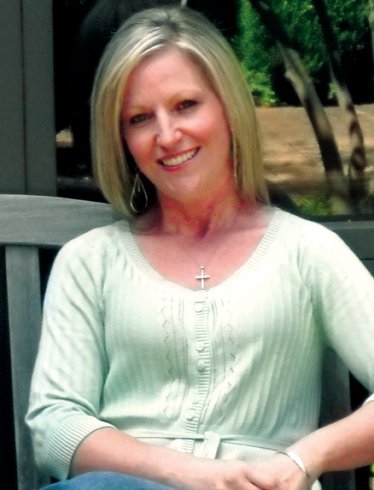 Growing up in San Diego, the idea of serving a congregation in Ashland, Kentucky, was nowhere on the path Jacque Parlato mapped out for herself.

She attended church with friends from time to time, but it wasn’t until after she finished her undergraduate degree in New York state that she became consistently involved in the life of a congregation.

Her parents had moved to Ashland, Ky., to establish a medical practice, and Jacque agreed to help. That was nearly two decades ago, and in the interim, Jacque married, had two boys and found herself active in children’s ministry at First Christian Church (Disciples of Christ) in Ashland.

In the summer of 2005, the church’s senior minister, LTS alumnus Rev. Ike Nicholson, asked Jacque to serve as interim youth director until the church could call an associate youth minister.

“At first, I just wanted to learn enough to survive and do my best for the sake of the ministry until a full-time person was called,” Jacque recalled. “As time went on, I started to see myself as much more than the ‘sub,’ and so did they. I felt drawn there, as though I was supposed to be there.”

At the end of her first program year, Jacque accepted an offer to serve on staff as director of youth ministries, no longer the interim. She now serves as director of youth and young adult ministries and directs St. Andrew’s Kids, the children’s afterschool program at FCC. She also is active in the region as an adult member of X-Committee, the regional Disciples of Christ youth council.

That support and involvement in lay ministry stirred in Jacque the realization that the next step in her life was to attend seminary.

“I learned that I was now ready for more disciplined preparation and filled with a desire to professionalize my work,” said Jacque. “I have discovered my call through the opening and closing of doors throughout my ministry and a trend of revelation through those with whom I do ministry.”

Jacque recalls the call to her mother the day she decided to apply for seminary: “She said something so simple, yet so powerful–‘It’s about time.’”

The decision to apply was not one Jacque reached easily—initially. With her family rooted in Ashland, she did not know how she would attend seminary a few hours away.

Over breakfast with some colleagues in the region, Jacque said something that seemed at the time to be wishful thinking: “If only LTS had an online program.” Little did she know that an online program was an idea that was actively percolating at the Seminary.

When the program was announced in late 2009, Jacque’s hopes of attending seminary were renewed. “This was an answered prayer—not just for me, but for so many who are being called to ordained ministry but could not commit to relocate until after seminary.”

Jacque completed her first online course in the M.Div. program this year and found it to be a much more personal experience than she imagined. “I understand the concerns many have regarding the in-class one-to-one experience, but I have to say that I developed closer relationships in my online community than I ever did during my undergraduate studies. We were in constant communication with our classmates as well as our professor.

“Technology such as ooVoo and Skype have enabled our small groups to meet via webcam. I have had only positive experiences from day one. I longed to be back in class immediately after completing my first semester.”

Attending seminary online while being rooted in her congregation has added further opportunities for growth. “As I gained knowledge, I shared it with our staff, youth and sponsors. The congregation, clergy and staff have been tremendously encouraging not only to me, but to all of our seminarians.”  Three of FCC’s four seminarians are LTS students.

Jacque hopes others will be encouraged by the changes taking shape at the Seminary.

“I encourage friends of LTS to get to know the students and grow with us as we walk this path together. We are here because we are called to be here along with the professors, administrators and staff of LTS. It is with your prayers and support that we will learn, grow and serve together.

Jacque continued, “The seminary experience at LTS may be changing, but if it were not for these changes, many would never be able to answer their call to ordained ministry. They would have been among those who have said, ‘I felt that I was being called to ordained ministry but was unable to get there.’ But now they can.”