Taking the distance out of learning 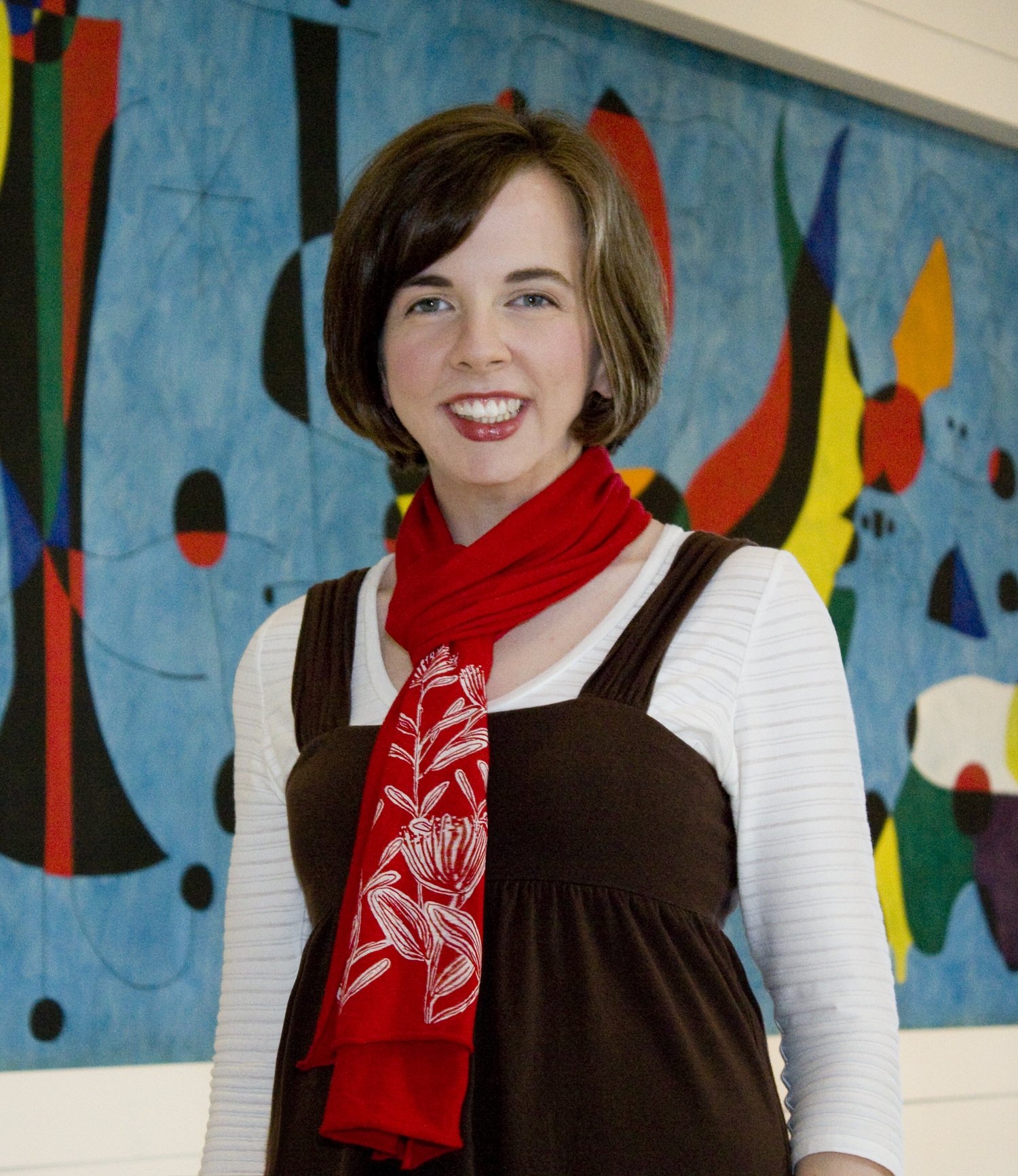 Anna Hope Curwood has always had a heart for art, but she has ministry in her DNA. She is the daughter of two Lexington Theological Seminary graduates, the Rev. Bill Curwood, who marked his 50th anniversary in ministry in February, and the Rev. Linda Curwood, who was ordained more than three decades ago.

Still, ministry was not in her long-range plans as she grew up, went to Transylvania University in Lexington, Ky., and prepared for a career working in a major art museum. That lifelong dream came to fruition when she landed a position at the Cincinnati Art Museum.

“I have thoroughly enjoyed the experience of working in a large museum, but over the past few years, I believe God has been encouraging me in a new direction,” Curwood said.
Another unexpected twist, the downturn in the economy, seemed to present an obstacle for Curwood. With the real estate market suddenly stagnant, unable to sell her house, she needed to continue to work full-time in Cincinnati. The prospect of moving to attend LTS and begin working toward an M.Div., as her parents did, seemed remote at best.

“I was excited when I found out about the online program at LTS.
The program has offered the flexibility I need to pursue my degree while working full-time. It has definitely been an adjustment to go back to school after a 10 year absence from an academic environment. But, the challenges have been secondary to the growth and encouragement I have found in the M.Div. program at LTS,” Curwood said.

Curwood began her M.Div. journey at LTS in August. She attributes the supportive environment to the community of other students, as well as her co-pastors and ministry support committee at First Christian Church in Fort Thomas, Ky., just outside Cincinnati, where she is serving as a student intern under the guidance of co-pastors Mark and Lisa Caldwell-Reiss, LTS alumni. Another invaluable source of encouragement is her mentor, the Rev. Diane Zehr at Florence Christian Church in Florence, Ky.

Technology has been a conduit rather than a barrier to forming relationships with other students, Curwood noted. “It is definitely a different style of community, but we are  forming a community online. I had classes with several students when I began my work and had not had another class with them until this month. We were excited to ‘see’ one another again in class and have kept in touch via the prayer request discussion board, table talk discussion board, and others.”

Through the recent implementation of MegaMeeting technology, students can also interact face-to-face online during class discussions. Students have used the technology for virtual pizza parties, convenant group meetings, meetings with mentors, and have worked on projects together online, noted educational technologist and instructional designer Ben Wyatt.

“The discussion boards have become much more interactive and powerful, because students within the online courses have had a chance to meet and interact with their peers and can visualize them,” Wyatt said.

Two-thirds of courses for the Master of Divinity program are online, with short, intensive courses at the Seminary. Other degree programs and certificates offered online are Master of Arts, Master of Arts in Pastoral Studies for Roman Catholics, Certificate in Pastoral Ministry, and Continuing Education. The Seminary’s Doctor of Ministry program is expected to follow online soon.

The M.Div. program is meeting Curwood’s needs, and now she can envision herself serving as a chaplain or in other areas of ministry. “I would definitely encourage potential students to consider LTS, with the flexible schedule and ways to complete their degree while thriving in their local church, work and academic environments.”

The Right Direction
A muddy construction site at midnight is far from the traditional classroom setting, but for LTS student Joseph “Joey” Pusateri, it was the ideal place and time for furthering his understanding of ministry.

It was October, and Joseph’s family’s business, Elite Homes of Louisville, was heading up the construction of a very special house—a home for the Lampe family, featured on an Extreme Makeover Home Edition episode in January.

The construction of the house was a ministry in itself to the 32-year-old husband and father of two. In the months prior to the build, Pusateri had been in a bit of a quandary.
Pusateri joined the family business in 2008 after moving to Louisville two years earlier. Neither he nor his wife, Jennifer, also 32, were regular churchgoers, but with their family growing, they sought out a home congregation. Pusateri’s wife joined the praise band at Middletown Christian Church (Disciples of Christ) in Louisville, and Pusateri soon followed in joining the church.

Then in May 2010, Pusateri began to sense a strong call to ministry.
“I felt immediately that God had the wrong number,” he said. “I kept saying, ‘I don’t think this could possibly be right.’ I had come to work for my dad in the homebuilding business, and I thought this was the last move of my life. It put a big question mark on my career path.”

However, once Pusateri set aside his fears and accepted the call to ministry, he knew it was the right thing to do. He just wasn’t sure how to attend seminary without disrupting the life his family had just begun to establish in Louisville.
Pusateri came across Lexington Theological Seminary during a web search. A friend, the Rev. Scott Cox, an LTS alumnus and pastor of First Christian Church-Georgetown (Disciples of Christ) also recommended LTS. As Pusateri continued to research seminaries, LTS consistently stood out.

“With the new online program, the more I researched it, it seemed the right direction to go,” Pusateri said. “The online program at LTS was the only way I could do this. It’s exciting to break out of the old paradigm of how seminary is taught and let the technology take us where it will as we discover new ways to connect.”

Pusateri was just getting started in the program when producers from Extreme Makeover Home Edition reached out to Elite Homes to build a home. Elite Homes also built a home for the show in 2007, before Pusateri moved to Louisville.

“It was like a once-in-a-lifetime opportunity happening twice for our business,” Pusateri said. “For me, it was an opportunity to help someone I had never met. In light of the calling I’ve had, I just felt it was something I should do. It was a long, arduous decision to make with the amount of commitment required for the build and for my courses.”

Pusateri scaled back to one class for the month of October. He took his laptop to the job site and watched lectures and participated in online discussions with other students early in the morning, during breaks, and late at night. He recalled one night in particular when he was frantically searching for a WiFi connection among the mud and equipment so he could submit a paper before midnight.

“I’ve heard this process described as a glimpse of the kingdom of heaven, and it was for me,” Pusateri said. “It takes all the planning and the people and the equipment, but it takes a whole lot more than that to pull it off. It takes a collective community of selfless participation as we all become one in this thing that’s greater than ourselves.”
The experience further fuels Pusateri in his journey through seminary.